Catching Up With Coach Harbeck

Veteran coach and teacher reflects on his time at Benjamin 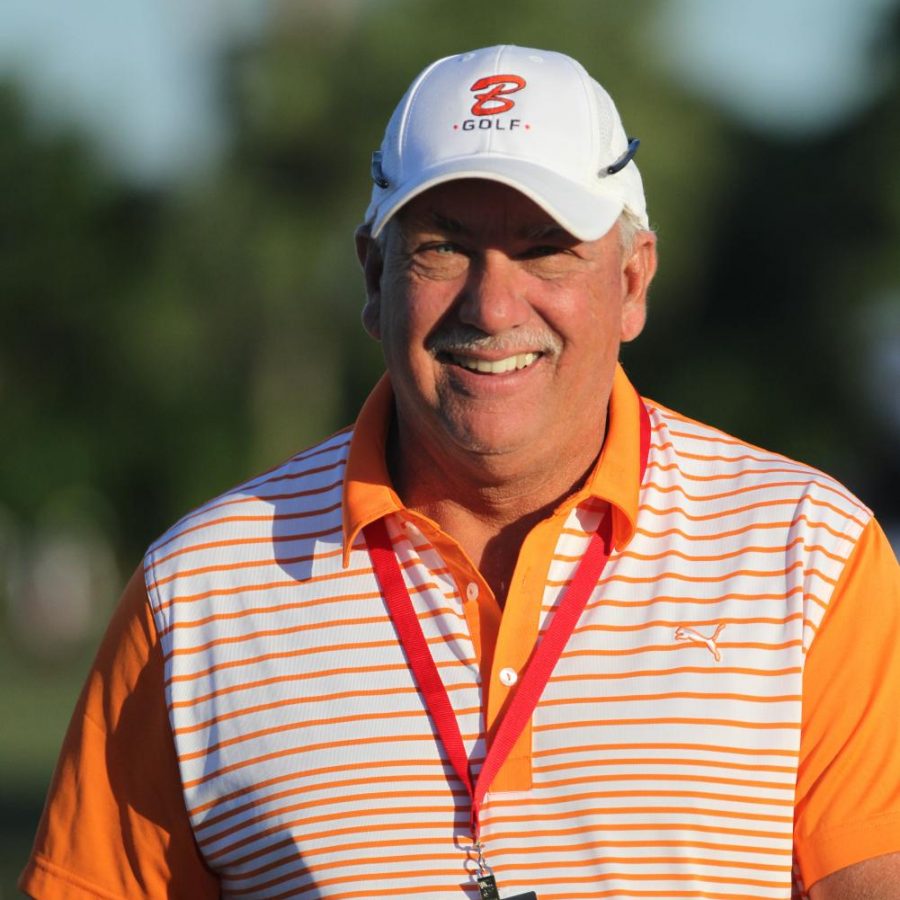 Among the many roles Mr. Toby Harbeck has filled over his 37 years at The Benjamin School is that of Head Coach of the Varsity Golf Teams. He is pictured here while attending a recent Honda Classic.

Discussing golf, the game he conquered to become the oldest US Open Champion in history in 1945, Hale Irwin remarked that “the longer you play, the more certain you are that a man’s performance is the outward manifestation of who, in his heart, he really thinks he is.” After nearly four decades of selfless service to the Benjamin School and countless more years spent on the links, our community knows well who Mr. Toby Harbeck is in his heart.

Being at Benjamin for  this many years Mr. Harbeck says that he has met many wonderful people, but one stands out in particular: Mr. Ron Ream. Coach Ream, the Benjamin legend who served as Athletic Director, Head Football Coach, and Upper School math teacher over the course of a lengthy career, has left an impact on many people.

“I have learned so much from him about character, dignity and responsibility. There is not a day that goes by that I don’t ask myself, How would Coach Ream have handled this situation?” Mr. Harbeck remarked.

“They are a “handful” when they are with us and I can now appreciate how my brothers and I “wore out” my grandparents,” he reflected.

“Having Coach as a teacher in seventh grade made class very cheerful because everyday there would be a new story about him from when he was younger. He always made our class laugh especially when we would say something  grammatically improper in class and we had to write it out correctly, I think 100 times– on paper!–for him,” shared Maciel.

With countless tales and memories filling yearbooks, old issues of school publications, and his memory, Mr. Harbeck retains the optimism of someone new to the profession of teaching. Nevertheless, Mr. Harbeck values the ability to share his experiences as a student with his classes.

“The greatest thing about teaching is that I learn something new everyday from  my  students, and that is why I chose teaching as my career,” Mr. Harbeck said.

Being at Benjamin for as long as has Mr. Harbeck has led to immense growth as a teacher, coach, and man. Despite this, he remains humble, speaking of the School as one would a family.

When being asked questions about his Benjamin career, the first thing he had to say, interrupting this reporter, was that he “LOVES Benjamin and that it has been a major part of [his] life for 37 years.”

After such a long time, it is clear that Benjamin loves Mr. Harback in return.