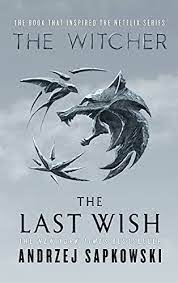 The Witcher The Last Wish, by Andrzej Sapkowski, is an exhilarating fictional novel about a witcher named Geralt of Rivia. In this novel, Geralt goes on numerous adventures. He is contracted to hunt down beasts and monsters. Geralt, being a man-made mutant himself, gets called a monster by humans, but at heart, he is a loving and empathetic being who protects the innocent. This novel shows the conflict between him and the world as he goes through his life trying to make a living.

The Witcher, commonly known as Geralt of Rivia, is just a man who is filled with many heroic and honorable qualities but he also has flaws like all men. When I look at a hero, I see a person with no flaws or weaknesses. Someone that cannot be beaten. However, Geralt is not your average hero; he isn’t even a hero, but a man trying to help others while surviving a monster-filled world. One example of his so-called moral guideline, or another known as empathy, is when he is hired to kill a sylvin. However, Geralt tried to reason with the creature, bartering with it even, trying to entice it into games so it would leave peacefully “what if we were to come to an understanding?”(Sapkowski 214 ) Geralt spoke to the creature like he would any other. Geralt of Rivia, a legendary beast hunter, known through the lands is just as noble as any medieval knight. Geralt most definitely brings this already thrill-seeking book to life.

The Witcher is not just your average day novel but a life-like story that will jump at you, pulling you into its mysterious and exhilarating story. Geralt of Rivia is not only the protagonist of this story but the main reason why this book is so thrilling. Geralt’s character was written perfectly, having his flaws and imperfections covered by chaos. The Witcher is an amazing book and I would highly recommend this to anyone seeking an exciting and action-packed story.