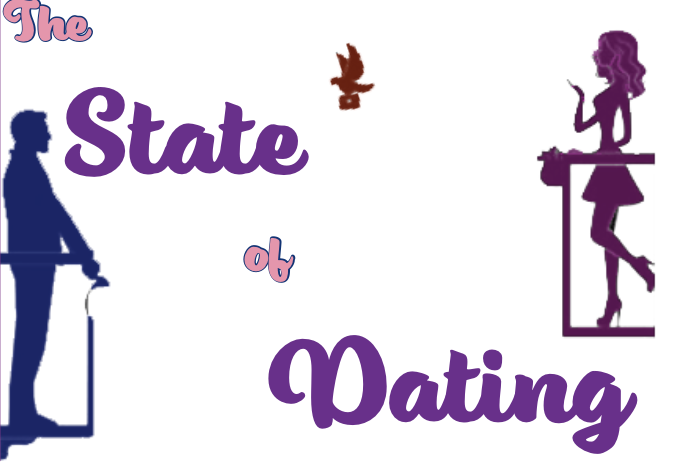 Before examining the state of the date in 2022, one needs to understand what the term means. This is usually where problems begin; dating can mean a lot of different things.

For sophomore Hayley Womble, “Dating is being committed to someone that you’re friends with, but having more of a connection with them than with a typical friend.”

On the other hand, freshman Christian Lepore, defines dating as “two people being together a lot, they like each other, and they hang out with each other a lot.”

“Sometimes the girlfriend takes over the boyfriend’s brain and makes him hang out with her too much,” warns junior Jackson Brindise.

Junior Nico Frezin equates dating with emotions. “When you like or love somebody else,” Frezin said.

Freshmen Ella Bailey expressed one of the reasons that defining dating is so challenging; “I couldn’t tell you what dating is because I’ve never dated anyone. I really don’t know what it is.”

According to GrownandFlown.com, dating is a multi-phase process that begins with research– “stalking”– and proceeds through “talking” to “hanging out” to “dating.”

Making things more complicated for today’s teens are the ever growing list of labels that define dating and relationships. According to the dating app Plenty of Fish, these can range from transformate-ing to baecationing.

Communidating, for example, is defined as “using dating apps not just for dating and intimate relationships but to make friends and connections.”

Similarly, some are engaging in “hesidating,” when you refuse to label dates, even casual ones, because of the uncertainty that you feel permeates life these days. Meanwhile, Darwining happens when you refuse to date someone who does not share the same scientific beliefs as you.

For those who prefer a checklist, loveisrespect.org offers the following criteria for determining whether you are in a dating relationship:

you have romantic feelings for each other

you are both looking committed to your relationship

you spend time together without a group of friends

you share the status of your relationship in public, with others or on social media

you both agree that your relationship is exclusive

To this list, Upper School students who responded to The Pharcyde’s dating survey add a critical sixth element: “you actually ask your partner to be your girlfriend/boyfriend.”

In a recent survey, a majority of Upper School students reported to not have yet had a romantic relationship. Are we representative of a new cultural norm, or are we just undateable?

When was your first date? A Middle School dance? Freshman Homecoming? Prom? You may be surprised to know that according to the American Academy of Pediatrics, kids start dating at an average age of 12 and a half for girls and 13 and a half for boys.

When asked what is an appropriate age to start dating, Upper School students overwhelmingly replied that freshmen and sophomore years were the optimal seasons for love to bloom.

“It’s good to start dating in 9th and 10th grade because it gives you good experience early on in life before adulthood,” said sophomore Hudson Byrne.

Senior Jasmine Patrick disagreed. “I feel it’s not. That’s the time where you’re finding out who you are, in 9thand 10th grade, so I feel like that’s not the best time to start dating,” said Patrick.

Despite the majority thinking that dating should start before junior year, though, most students at Benjamin start their time as upperclassmen single.

Senior Eden Josza equates this to the small size of our community. “I don’t think we have a big dating culture at Benjamin and […] there’s a lot of cliques here and if you’re not in another clique then it’s hard to mingle with other students,” Josza said.

Senior Jake Haggard, sees things from a different perspective. When asked about the lack of dating culture among upperclassmen, he asked, “why would you be in a relationship when you can have more than one?”

While many students may be refraining from romance, this does not mean they are alienated from the rest of society. A study, “Social Misfit or Normal Development? Students Who Do Not Date,” from the University of Georgia found that not dating can be equally beneficial for teens. In some ways, these teens fare even better than their dating peers. The study found that teenagers in middle and high school who weren’t dating were far from awkward loners. They had good social skills and low levels of depression.

The experience of several students confirm the study’s findings. Sophomore Zach Neidoff said, “I usually try to avoid single person sadness by playing soccer as often as I can or playing other sports or games.”

Senior thespian Cat Schenk, also has a thriving social life. “I just spend time with a lot of my friends and find happiness in that and realize that it’s okay to be single,” Schenk said.

Nevertheless, “the majority of teens have had some type of romantic experience by 15 to 17 years of age,” said Brooke Douglas, the study’s lead author.

Senior Tvisha Goel affirms this. “a lot of my friends have been in romantic relationships. The commitment levels have varied from a fling that ended after a month to something that has lasted as long as two-years.”

The Role of Technology

With technology becoming a more integral part of the lives of teens all over the world, its influence on dating has grown stronger and stronger.

“I think that technology helps a lot because you can always be talking to someone, but it can also be a distraction from your relationship,” says an anonymous Upper School student.

In an article released by Pew Research Center in December of 2020, it explains how about 52% of American teens who are in a relationship say that their partner is at least sometimes distracted by their phone when they’re trying to talk to them. Overall, only 35% of all American teens ages 13 to 17 have ever dated or been romantically involved.

Although 57% of American teens have begun friendships online, it is far less likely that a romantic relationship would start online. A majority of teens with dating experience (76%), say they have only dated people that they have met via in person.

“Dating apps/websites certainly make finding a partner easier, but it also makes dating more superficial since one can swipe through large numbers of people at a time,” says another anonymous Upper School student.

Even though most relationships do not start online, technology is a popular method for flirting and expressing interest in a potential partner. Teens often use social media to like, comment, or joke around with someone whom they like or would wish to communicate with.

Many teens in relationships view social media as a place where they can feel more involved and connected with the life of their significant other. At the same time, teen’s use of social media sites can also lead to feelings of jealousy or uncertainty in a relationship. However, most teens who have had technology play a role in their relationships (whether good or bad) feel that its role is relatively modest.

At the start of the coronavirus pandemic, many teenagers were unable to see their significant other in person. Now, with quarantine not as strict, teens are able to see each other pretty freely again.

When the pandemic first began, couples were broken out of the routine of seeing each other daily in the school environment. Even with most schools fully in person again, masks and social distancing policies are still making it hard for couples to be as intimate or close.

Outside of school, such as on dates, couples are not experiencing the same amount of excitement that they used to have pre-pandemic. In an article written by TIME, it is explained how people are forgetting about the expensive tabs, overwhelming crowds, and long lines that come along with going out to do things.

Newer couples that were single during the pandemic are making sure that they don’t take any meaningful connection for granted. There’s no doubt that the current image of dating deserves reconsidering because of how COVID has changed our daily reality over the last two plus years.

Whether you’ve dedicated yourself to a lifelong place in the single rider line, sit next to a new person on every coaster in the park, or have committed yourself to an every-ride mate, the theme park of dating is again fully open for your enjoyment. The state of dating in 2022 is vibrant and alive, filled with opportunities to meet others and to get in touch with your many selves.