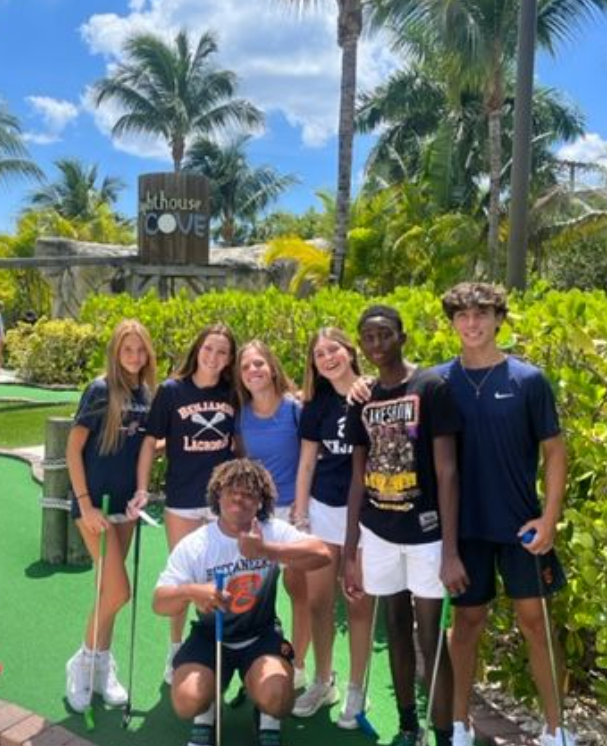 On Thurs., Aug. 18, the Upper School’s Re-Orientation Day brought the freshmen class throughout Jupiter for a day at both Busch Wildlife Sanctuary and Lighthouse Cove Mini Golf.

Dean of Students Mr. Kevin Jacobsen, the leader of the trip, felt that the trip ran “smoothly.” No potential obstacles arose to worsen the day.

“We were able to get a full tour of the Wildlife Sanctuary and get to mini golf with enough time for everyone to go through the course and to also get lunch,” Mr. Jacobsen said.

The size of the Class of 2026, totaling 127 students, brought about its challenges for coordinating the trip and assuring that the day was a success. Students departed from campus at 9:30 a.m. on five separate buses to spend around two hours at Busch Wildlife Sanctuary. Following that, the buses then departed for Lighthouse Cove Mini Golf and ultimately made their way back to the campus at 2:30 p.m. for dismissal.

In order to manage the sheer size of the class, multiple groups were created to avoid overcrowding issues. At Busch Wildlife, there were four groups created and separated by advisory to go on different tours. At Lighthouse Cove, students were split into two groups, where one ate lunch and one had the opportunity to mini-golf on one of the two courses offered.

Something that some of the freshman class was turned off by was the mid-August South Florida heat. While Mr. Jacobsen explained that some of the Busch Wildlife tour was in the shade, some of the students felt like that still wasn’t enough to protect themselves from the 90 degree weather.

“Busch Wildlife was kind of boring,” freshman Sienna Barboni said. “We just walked around and looked at animals. It was really hot out, and everyone kind of wanted to leave.”

While the heat was a burden, freshman Makenna Bristow felt like the Re-Orientation Day was beneficial for her to bond with her friends and advisory. In an email to the senior class on Aug. 15, Mr. Jacobsen described Re-Orientation Day as “a special excursion… to build upon our community and camaraderie within each grade level.” Bristow feels as if this was accomplished with the trip, but she would have preferred an alternate trip for the freshmen.

“I would prefer something inside because it was really hot,” said Bristow.

Freshman Class Dean Mrs. Amanda Pierman organized the day, but she was unable to attend. Originally, the plan was to take the 9th grade bowling, but that fell through due to time constraints and difficulties.

“It was kind of a last minute ‘oh, what should we do?’ and based upon bus availability and availability of locations, we came up with the idea of mini golf and then prior to that, Busch Wildlife,” Mrs. Pierman said. “That way, the students could go and have fun all day rather than just for a short period of time. Having different locations I thought would also help them with not being bored at one place.”

The Class of 2026 had a long and hot Re-Orientation Day, but it was certainly a success, granting the class a fun way to come together as one and connect with one another.