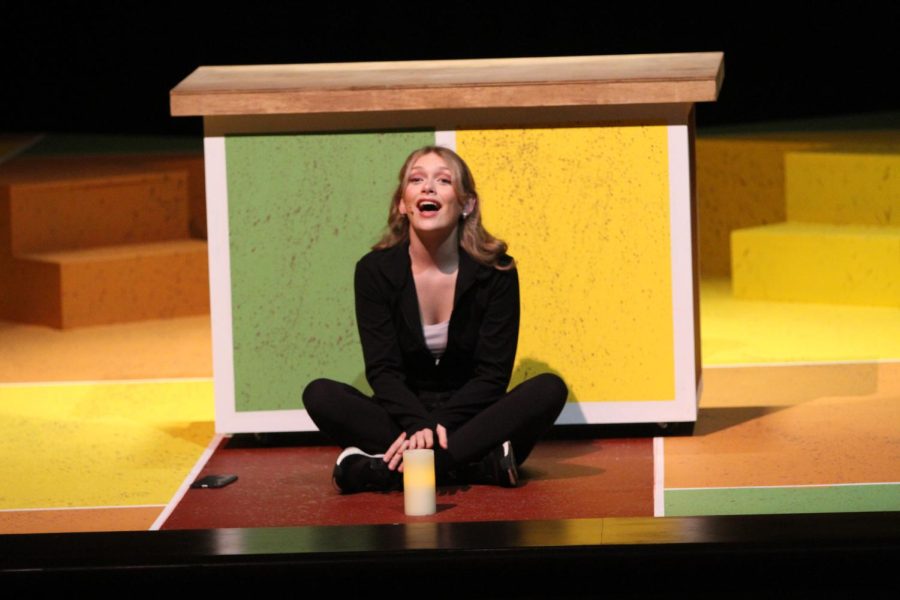 It was difficult to get distracted during The Benjamin School’s engaging production of “Distracted”!

“Distracted” is a comedy with a meaningful message. It tells the story of parents discovering their nine-year-old son has Attention Deficit Disorder (ADD) and their journey of attempting to help him the best way they can. However, this proves challenging when everyone has their own opinion about what the best thing to do is.

“Distracted” was written by Lisa Loomer, an award-winning playwright and screenwriter. The play premiered in Los Angeles in 2007 at the Mark Taper Forum and it in New York City in 2009 at the Roundabout Theatre.

Katherine Rodgers (Mama) did an incredible job at providing the audience with heartfelt, gut-wrenching, and hilarious moments onstage, showing the true range of her skills. She was able to switch between these moments seamlessly without getting distracted, which is especially impressive seeing as she never left the stage throughout each act. The growth of her character (Mama) was beautiful to watch because of Rodgers’ excellent characterization, including the realistic deliveries of her lines and her physicality.

Those who portrayed multiple characters, including Rebekkah Merkel (Dr. Zavala/Dr. Karnes/Waitress) and Xan Blount (Dr. Walker/Mrs. Holly/Dr. Doris Jinks/Carolyn/Nurse), must be applauded for their amazing work at differentiating between their characters. Whether the actors showed their characters through different accents/voices, or through changes in body language, it was always clear which character was onstage.

All the actors had superb comedic timing throughout the show, helping the audience stay entertained and never allowing them to get distracted. There was also realistic chemistry between the entire cast, resulting in a more enticing show. Whether it be a relationship between nosy neighbors, a loving mother and her rambunctious son, or an often-arguing husband and wife, the actors did a fantastic job realistically portraying the different types of relationships.

The technical elements truly helped the show progress smoothly. They helped the audience make sense of where the characters were, as well as helped them be aware of time jumps. This would not have been possible without stage manager Sadie Weaver, who never got distracted and amazingly called every cue at the perfect time.

With The Benjamin School’s modernized version of “Distracted”, both onstage and technical elements worked together to create a production that was far from (as Jesse would say) “whatever” and was overall an incredibly beautiful production to watch.

The Pharcyte • Copyright 2022 • FLEX WordPress Theme by SNO • Log in