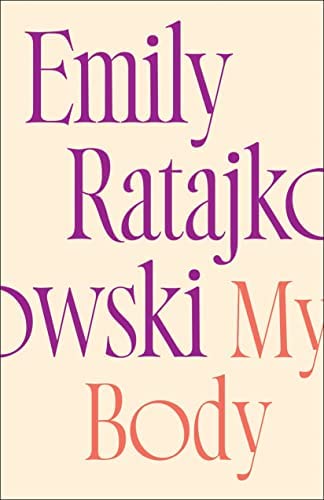 The instant New York Times bestseller, My Body, by world-renowned supermodel, political voice and writer, Emily Ratajkwoski, is a riveting look at feminism, power, misogyny, and objectification. The series of essays present moments in Ratajkowski’s life while analyzing the culture’s fetishization of female beauty and its obsession with and scorn for women’s sexuality She also ponders the strange mechanics of the fashion and film industries and the gray area between consent and assault.

As a woman, Emily’s story is something that I feel all females can connect to at one point or another. Whether its the evolving understanding of herself or the perceptions and expectations of the beauty industry that defines her beauty as the standard to which others should want to live up to. At first, I felt skeptical of the memoir. When I began to read the book, it felt more like a non-linear memoir than a collection of essays. As I read through instances of unwanted sexual advances and street harassment, I questioned why Ratajkowski selected to dedicate so much attention to relatively typical humiliation rather than the more exotic mistreatment she faced as she rose to fame. But as I continued to read, I realized that the terrible familiarity of the instances Ratajkowski describes is precisely the purpose. The anecdotes dramatize what is always true, although not always self-evident: women can neither totally flee nor completely possess bodies that males are determined to appropriate.

Her story completely moved me and I truly admired Ratajkowski’s courage and persistence to publish these essays. I would highly recommend this to any young female reader, so they can understand these occurrences, that they could inevitably endure to some degree or realize that if they had undergone similar treatment, they are not alone.